Our partners are a key part of our business, you can find who we’re currently partnered with in the menu at the side of this page.

What is At The Races?
At The Races is a horse racing media rights company which operates the Sky Sports Racing TV channel and the website attheraces.com and the At The Races app. Domestic distribution of the TV channel extends to over 14 million UK and Irish homes via digital satellite and cable television on the following channels: Sky 415, Virgin 535 and Virgin Ireland 418. The company is majority owned by Sky and operates through a joint venture between Sky, Arena Racing Company (ARC) and other racecourses.

Does Sky Sports Racing broadcast any overseas racing?
Yes. We broadcast live US racing every evening and Australian racing from 2am every morning. In 2019 we will also broadcast over 200 fixtures from France, the Melbourne Cup Carnival, Breeders’ Cup, US Triple Crown and all fixtures from Hong Kong.

Following the successful launch of brand new channels dedicated to some of the biggest sports last year, Sky Sports has added a channel dedicated to horse racing.

‘Sky Sports Racing’ replaces ‘At The Races’ and is available to every Sky TV customer in the UK and Ireland at no extra cost. The channel is available in HD for the first time and produced from Sky’s studios in West London, bringing live racing from over 650 UK fixtures as well as high quality exclusive international race meetings.

To get in touch, email info@attheraces.com.

Alternatively, you can write to At The Races at:

A ten-year deal with Chester Race Company has been signed to bring live racing from Chester and Bangor-on-Dee to Sky Sports Racing from March 2019. The oldest racecourse in the UK, Chester was established in 1539 and was awarded the ROA Racecourse of the year in 2015 and 2016.

Greater value – Guarantee is now available on Tote.co.uk, which means you’ll always get Starting Price or better on win bets.

Your favourite bets made even better – It’s never been easier to place your favourite Tote bets with their new website – Tote.co.uk

Your old favourites brought back – 2019 saw the relaunch of the Tote Ten to Follow and this year’s Flat game is in full swing.

Started by Winston Churchill, Tote has been at the heart of UK racing for nearly 90 years. Purchased by UK Tote Group in 2019, Tote has plans to put pool betting back on the map and secure the future of British racing.

Using the Tote is different to betting with a bookmaker. It’s pool betting: all of the stakes are collected together in one big pool which is shared out among the winners.

This means the Tote can offer more exciting bets, like the Placepot which can provide a whole afternoon of entertainment.

Inspired by Bavarian tradition; built for modern times. Wrexham Lager has stood the test of time by providing the World with the exquisite taste of Welsh liquid gold.

Brought back to life by local businessmen John, Vaughan and Mark Roberts. Wrexham Lager is nestled in the heart of Wrexham and since starting to produce once more the Roberts Family have worked hard to ensure Wrexham Lager is not only sold throughout the UK but also to Canada, Japan, Hong Kong, France and Ireland Since staring up the Microbrewery Wrexham Lager has been awarded The Silver Award for their export bottled lager from the Lyon International Concourse Competition in 2017 as well as Best Local Producer finalist at the Matthew Clark Annual awards nominated by Bangor on Dee Racecourse. The product is brewed from the old German traditional methods with ensures it keeps to original methods as well as taste and tradition.

Bangor on Dee Racecourse are proud to have Wrexham Lager as a longstanding annual partner of the racecourse. Not only are they a local company but one who is innovative and passionate about the products and the local region.

From the humble beginnings of our German founders, to reaching far across the former British Empire; the combination of British malt and hops, Welsh mountain water and pure original lager yeast give a drinking sensation unique to Wales. Whether it’s a bottle at a BBQ, a pint at a sports match or a taster with Michelin-starred food, Wrexham Lager is proud to have its place in everyone’s hands. 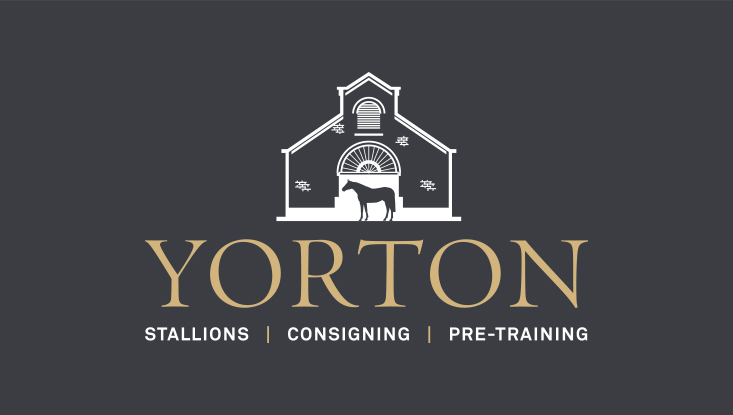 Breeding winners is at the heart of everything we do.

Yorton Farm Stud are producers of the finest racehorses and bloodstock, including broodmares, foals and stores sourced from top British, Irish and French National Hunt families.

Over the past 11 years, we have developed a leading stallion roster and celebrated many winning connections from their progeny. The stallions currently standing at Yorton include Pether’s Moon, Norse Dancer and Gentle Wave.

Located near Welshpool, Yorton is widely recognised as one of Britain’s fastest growing studs. We are nestled amongst 300 acres of beautiful Powys countryside at Leighton Farm, where the Grade 1 Listed buildings have been tastefully restored and converted with the highest possible standards of equine care in mind. With well-lit, spacious and ventilated stables, specialist CCTV monitored foaling units and a range of paddocks suited to mares and young stock of different ages, Yorton Farm is a fully equipped modern stud. Our continued commitment to the future of National Hunt breeding and racing also led us to develop the inaugural 2019 Goffs UK Yorton Sale, where 29 lots of the finest National Hunt yearlings and two year-olds were sold to buyers who’d travelled from across France, Ireland and the UK. This exciting new concept has now become an annual fixture in the NH Calendar.

We’re passionate about making horse ownership accessible to everyone and we warmly encourage people, whether they’re novices or familiar with the industry, to get involved and enjoy the thrill of owning a potential winner. Visitors are always welcome at Yorton – if you would like further information, please do get in touch or visit our website at www.yortonfarm.co.uk

We are proud to be official partners with the Bangor-on-Dee Owners and Trainers Facility. 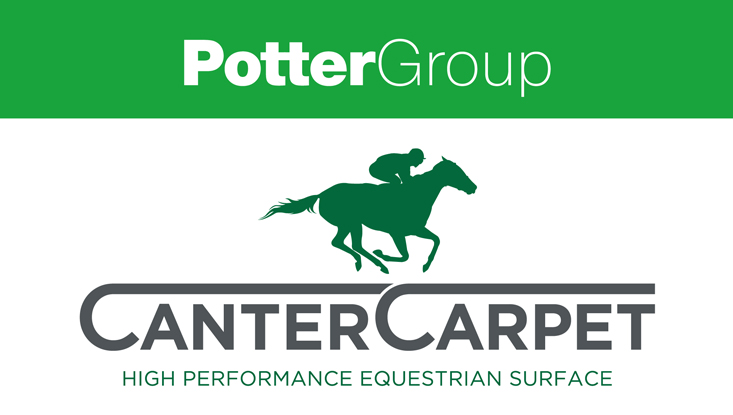 The Very Best Surface for Your Horses

The Very Best Surface for Your Horses Canter Carpet is a high-performance equestrian surface which uses superior quality recycled carpet fibres to provide a perfectly cushioned ride, whether on an arena, lunging pen, turnout or gallop.

Offering exceptional benefits to both the horse and rider, Canter Carpet is quickly gaining popularity as an affordable, low-maintenance, weather-resistant and sustainable alternative to sand, rubber and other ‘all weather’ surfaces.

Canter Carpet is made from superior quality synthetic carpet fibres to create a better experience for both horse and rider. It provides a cushioned surface for softer landings and reduces fatigue by allowing your horse to ride on top of the surface, rather than sinking into it as they do with sand.

Canter Carpet works perfectly on any porous surface, in many cases without requiring a membrane, and can be used either as a standalone surface on hardstanding, or to top up an existing surface such as sand.

Because our carpet fibres are entirely weather-resistant, you can say goodbye to water logged and frozen surfaces, wet, muddy fields and icy concrete – Canter Carpet gives your arena, turnout or gallop a hard-wearing and maintenance-free surface that can be enjoyed all year round.

We also take great pride in our transparent pricing and will always endeavour to find the most cost-effective solution for your specific requirements. Every shipment prepared at our depot in Newtown, Powys, includes a weight ticket, so you know exactly how much you’re paying for. All our deliveries are charged at cost, and if you have a pick-up or lorry, you can even collect the shipment yourself.

“With such a hard winter last season the outdoor school was a huge positive and really boosted our facilities. There was not a single day that we couldn’t exercise the horses, even if we did have to dig our way to there through the snow. That is one of the main reasons we chose the Canter Carpet Surface for our six furlong gallop, that it actually is all-weather. The frost resistance makes a huge difference to us. The reports from my jockeys are that it rides very smoothly and from my point of view it seems very horse friendly in that it provides maximum cushioning for the delicate thoroughbred limbs.” KERRY LEE Welsh Grand National & Grade 1 winning racehorse trainer