With some of Britain’s top jockeys and trainers in attendance, the year got off to a racing start at Bangor-on-Dee for the first meeting of 2019. Almost 1,300 guests enjoyed an exciting 6 race card on a crisp afternoon in North Wales, with fantastic finishes and featuring some potential stars of the future.

The first race of 2019 was won by Gone Platinum. Carrying top weight, the 10-year-old rolled back the years to take The Budweiser Novices’ Handicap Chase over his younger opposition. The Ian Williams trained Cracking Destiny looked to be travelling strongly turning for home, but Gone Platinum stayed on to take command in the final few hundred yards under five-pound claimer Lorcan Williams for Welsh trainer Dai Rees.

Another Welsh trained winner took The Boscabet Betting Shops Handicap Chase with Holdbacktheriver. The favourite Steps and Stairs could only look on as the Evan Williams inmate wore down long-time leader Gettysburg Address close to the line under Adam Wedge.

A cool ride from Aidan Coleman saw the long odds on favourite Collooney secure The TVC Technology Solutions National Hunt Novices’ Hurdle for trainer Olly Murphy. The JP McManus owned 5-year-old, who looks to have a bright future, sat behind the leaders for the 2-mile contest before being shaken up before the last to win by half a length.

After close finishes in the first 3 races, the fourth race was taken in decisive fashion by Iwilldoit. The gelding was running in a handicap company for the first time for Gold Cup winning jockey, turned trainer; Sam Thomas. He eventually crossed the line 10 lengths ahead of the field under in-form jockey Charlie Deutsch.

After an extremely unlucky start to the afternoon for both trainer and jockey, Kim Bailey and David Bass took The Stella Artois Supporting Bangor-on-Dee Novices’ Hurdle. By the third flight it had turned into a three-horse race with Two For Gold, Trio For Rio and Know The Score pulling miles clear of the other runners. The David Pipe trained Know The Score was the first to struggle, leaving champion jockey Richard Johnson and David Bass to battle on up the straight. Both horses responded gamely under pressure with Two For Gold edging out his opponent by just a neck.

The final race of the afternoon saw an interesting card with some promising sorts in the line-up. A strong pace was set up front by Frenchy Du Large and Ifyoucanseemenow, the latter eventually fading quickly before turning in. The Venetia Williams trained runner and Timeforaspin kicked for home with the eventual winner Catch The Swallows looking outpaced turning in. The Trevor Hemmings 5-year-old kept on well under a strong ride from David Noonan to eventually assert before the finish for trainer David Pipe.

Our next fixture at Bangor-on-Dee is the Heritage Meeting on Friday 8 February. 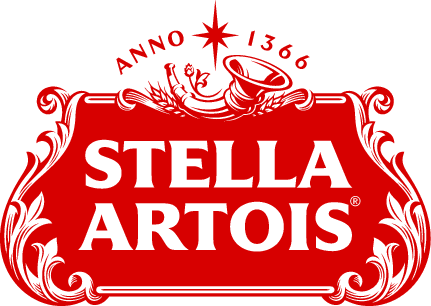