Superb jumping ground, described as good to soft, good in places, with a great covering of grass, meant there were big fields on show. So much so that it was an eight-race card that entertained an enthusiastic, large, Tuesday crowd.

The opening race was a Novice Hurdle, split into two divisions. Both divisions had horses entered that will definitely win this season if they didn’t today and it’s possible we saw some Cheltenham candidates in each leg of this event. Olly Murphy’s winning bumper horse, Go Dante opened the morning markets at 8/13 but there was significant support all morning for Kerry Lees, Black Poppy, who had also won a Warwick version of the same type of race. These two had it between them as they prepared to jump the last and whilst Go Dante (11/10) was big and cautious all the way around Black Poppy, who had jumped soundly just stepped at the flight and came down a crushing fall. Maybe the favourite would have won but we hope that Black Poppy has no ill effects as this was a run full of promise and Aidan Coleman’s words about the favourite where he said “I’m not sure we learnt much about him but he definitely learnt a lot out there today. We think a lot of him”, highlighted even more how strong Kerry Lee’s horse performance was. 18 lengths behind Go Dante, was Green Planet (8/1) and in third, Heritier (50/1), out ran his price and was promising.

Division 2 Saw another Murphy inmate, Washington (10/11F) go off the well backed favourite and there were no scares here. For the future punters should remember he sweats in the build-up to the race and he is very keen but he has some engine, as when he kicked past Bobs Bar (100/30), eventual third and Hurlerontheditch (7/2) second, they had no answer. Assistant Trainer Ger Tumelty said “we really like these two horses, they both have big futures and they both have bigger targets ahead”. He wouldn’t be drawn on which was the better performance but for Washington that is now three out of three and you can do no more. Get him to relax and he might just be very special for owner, Tim Syder, who does know what a good horse looks like.

Race Three, was the first of three sponsored by the Oliver Greenall Stables, a Novice Handicap Chase. Rintulla (4/1) took them along at a strong gallop and in the end paid for his exertions, finishing fourth. The favourite was Representing Bob (11/10) and whilst in the end he triumphed, it wasn’t smooth sailing, as his jockey Gavin Sheehan explained “We simply couldn’t lay-up with that pace and I sat back further than I wanted to be, hoping that they had gone too fast. Three out I felt the pace was slackening so when I asked him to quicken, he did, it looked even better as he was passing tired horses but he is honest and dependable. It was a good performance”. That it was. One The Platform (7/1), for John Groucott ran a race full of promise to be second 5 lengths back and Wax and Wane was another 50/1 shot to grab a place.

Our 4th Race was this time sponsored by Greenhall Stable owner, stalwarts, the Bostock Family and this three mile hurdle was keenly contested. Hillview (5/2F), was well fancied after winning over course and distance last time out and favourite backers looked like going 4 from 4 as they jumped the last and Sean Bowen delivered him with his usual late flourish but this time he simply couldn’t get past Ben Paulings, Not at Present (4/1), with the 5lb claim of talented jockey, Luca Morgan making all the difference in a thrilling finish. These two pulled 14 lengths clear of the third, Champagne Noir (4/1) and they are definitely, ahead of the handicapper over these extended trips – but for how long?

The fifth contest was a Handicap Chase over 2 miles and sponsored again by the Greenall Stable but this time Highlighting their stable sponsor Swansway and Smartplanner. Nine went to post and they sent off, Give me a Moment, the very short 11/8 favourite, having deposed Salamanca School (11/5), the tissue fav from earlier in the day. The latter was travelling well until he hit one hard in the back straight, leaving the door wide open for fav backers to continue their good day but they weren’t to figure for Stephen Mulqueen on Lucinda Russells 11/1 shot, Rapid Raider. He disputed the lead all the way around and as his jockey described “jumped from fence to fence in the manner of a good horse. We thought he would run a big race today” and indeed he did. He was going away in the end, leaving the favourite in his wake and a further length back was Bitasweetsymphony (12/1). He could easily go in again, such was the manner of his victory.

Race 6, looked on paper to be the best contest of the day with 11 mares contesting the Yorton Stud 2m3f Hurdle. Controversially, the well backed favourite, Saturn’n Silk , refused to race with punters angry that he appeared not to line up with the others. They were of course unaware that the trainer had instructed the jockey to keep the horse clear of the pack but it made for an uneasy feeling in the betting ring. Could be Trouble (4/1), for Donald McCain and Brian Hughes triumphed by 1/2 l in a driving finish, beating Sacre Couer (9/1) and Getaweapon a credible third some 14l a drift. The winner is owned by SAKS Sofas, prompting Sky Sports Presenter, Sir Bob Cooper to suggest it was “an armchair ride for Hughes” . He’s a wag isn’t he!!!

In our 7th Race, a Handicap Chase over 3miles, punters were very keen on Poldark Cross for Harry Whittington and Gavin Sheehan but after one too-many mistakes, after travelling strongly, he was pulled up. So too was leader Oscar Nomination, who stopped to nothing after a shuddering mistake 4 out. That left the door open to complete a memorable day for the Greenall Stable and owners, the Bostocks, as their horse Dragonfruit triumphed at a huge 14/1. There was much joy in the parade ring after the race. Sandy Boy at 12/1 was second and Out for Justice trailed in 3rd at 13/2. This was a fitting tribute to the team and made for a day the Bostocks will remember for some time. They simply had a ball and left bookies satchels in tatters!! A word for Steel Wave, who finished fourth and started to look like the force of old. He is incredibly well handicapped now off a mark of 87 and his time will not be far away for shrewd local trainer Gary Hanmer.

Our last race of the day was our NHS Flat Race over 2 miles where punters wanted to see an Olly Murphy treble as they sent Dianna Whatleys, Dr Seb, off the 15/8 favourite. He could only finish third. It was the unraced Largy Reach(17/2) for McCain and Hughes who fought out the finish with the Alistair Ralph trained Gentle River (14/1). His jockey, Jay Tidball, showed all his undoubted ability to get the better of Hughes, that and his 10lb claim, which I suspect he won’t keep for long as this was an accomplished piece of riding to get Gentle River home, in front by 3 lengths. Alistair Ralph Bumper winners is not a big book to read so this one needs to be watched as he plots its career. Clearly talented, both trainer and horse, we will watch out for entries over the coming week.

It really was a cracking days racing in front of a very large Tuesday crowd, who had a fabulous Halloween day with young Mable Wood from West Kirby winning our best dressed Halloween star of the day and a £50 voucher from One For All. I am sure the Wood family are delighted they made the effort to come. 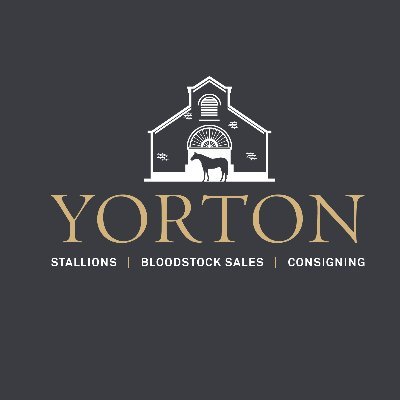