The MansionBet New Year Meeting kickstarted the 14 fixtures at Bangor-on-Dee in 2022.

Due to the latest government restrictions in Wales with sports being held behind closed doors, spectators were not allowed on course so it was only Owners & Trainers who could attend. Due to the low sun throughout the day, multiple jumps were bypassed, making it an interesting card to watch.

Age was just a number in the first race of the day, in which ten-year-old Royal Act denied the 15-year-old Yourholidayisover in a driving finish to land a 20-1 shock.

The Georgie Powell-trained Yourholidayisover was in pole position to defy his advancing years in the home straight, but his fellow veteran wore down his rival after the final fence to score by a length and a half under Will Kennedy.

The winning jockey told Sky Sports Racing: “He’s a tricky horse. We came here two runs ago after a wind op and bounced out. He told me to do one last time at Uttoxeter when he was pulled up. “He missed two fences down the back and I thought he’d given up his chance as he had a freebie out in front, but he stayed on well.”

Following concerns raised by the riders in the first race regarding the low sun obscuring their vision at the 3 fences in the back straight, the jockeys were ordered to by-pass these fences. The Venetia Williams trained, Snuff Box, scored home to victory in decisive fashion beating the 15/8F, One Fer Mamma, by an impressive 20 lengths.

Due to the low sun in the 3rd race, the last two hurdles in the back straight were by-passed. A field of just 5 runners lined up in the Class 4 MansionBet Proud To Support British Racing Maiden Hurdle Race. It looked to just be a 3-horse race with in the betting with only 3 horses at single figures. Barrowdale led the field for the majority of the race until the second last hurdle where Contemplatemyfaith led and kept on well to win by 4 3/4 lengths.

Again, in race 4 the last two hurdles in the back straight were by-passed. Running without a penalty from his previous victory at Ayr just 4 days before, the 1/2F Green Vault backed up his victory with a smart performance in the Magners Handicap Hurdle Race. The Venetia Williams trained 6-year-old gelding won comfortably by 6/1 lengths, beating Sutton Manor into second, giving Venetia Williams a 1-2 in the race.

Following the concerns with the low sun, the last two hurdles in the back straight were by-passed. A game effort from the front from Hart of Steel, saw our local trainer Donald McCain enjoy success again at Bangor-On-Dee. The grey gelding made every yard to win by 1 length, beating the Kerry Lee trained Eaton Collina into second.

The final race of the afternoon saw an interesting card with some promising sorts in the line-up. The bumper winner, Corey’s Courage, easily scored home to victory on his first start over Hurdles winning by 8 lengths to Prime Time Lady.

Our next fixture at Bangor-on-Dee is the The Sky Sports Racing Winter Meeting on Friday 11th February. 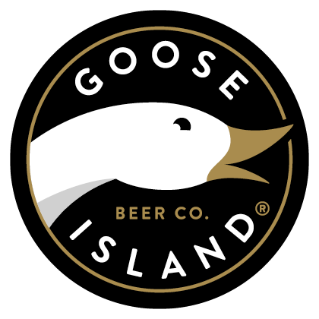